Blood transfusion is useful for saving lives, but has inevitable side effects, such as adverse transfusion reactions (ATRs). ATR reporting and analysis are aimed at preventing ATRs. Although ABO-incompatible (ABOi) transfusion can lead to acute hemolytic transfusion reactions (AHTRs), one of the most serious ATRs, underreporting of these incidents is a concern. The frequency of ABOi transfusions is estimated to range from 1/10,000 to 1/4,667 blood units, based on the reporting of clinical episodes [1, 2]. In Korea, hemovigilance has been practiced since 2010 [3]. The frequency of ABOi transfusions in Korea was 1/1,390,378 red blood cell (RBC) units in 2017 and 1/1,446,265 RBC units in 2018 as reported in the Korean hemovigilance system (KOHEVIS) [4]. Inconsistencies between the ABOi transfusion frequencies in the literature and the KOHEVIS can be attributed to underreporting. Therefore, we comprehensively analyzed ABOi transfusion events in Korea, including those from KOHEVIS annual reports (from 2008 to 2018), literature (from 1978 to 2019), and written judgments (from 1953 to 2019). This is the first study to analyze written judgments for ABOi transfusions. We considered ABOi RBC transfusions as well as unintended ABOi platelet and fresh frozen plasma (FFP) transfusions.

The Institutional Review Board of Samsung Medical Center, Seoul, Korea (file no. 2019-10-044) exempted the approval of this study.

The Court of Korea has provided a wide range of public judicial information services, including a comprehensive legal information system and an internet webpage (e-Court system) that allows case searches. Data on most criminal, civil, patent, and administrative cases filed after 1998 can be retrieved and assessed using a written judgment management system by entering the court name, case number, or search terms [5]. Some trials before 1998 can be assessed through the comprehensive legal information system [6].

In this study, the term “transfusion” was searched, and the cases found were included based on different factors specific to the search results. Cases were excluded when a written judgment was not available, when “transfusion” was referred to as “capital injection,” or when transfusion was considered to be a subject of dispute. Only ABOi transfusion cases were included in this study. Data reported to KOHEVIS were collected (http://www.kohevis.or.kr). ABOi transfusion cases reported in the Korean literature were obtained through searches of KoreaMed (Korean Association of Medical Journal Editors, Seoul, Korea) and PubMed (US National Library of Medicine, Bethesda, MD, USA).

In total, 756 cases were found using the search term “transfusion.” Of these, 186 cases were excluded; 173 were related to non-medical issues, eight were duplicated, and five included inaccessible written judgments. Of the 570 written judgments that were reviewed, only 152 cases included “transfusion” as the main subject. Among these, 140 cases were classified according to different topics, such as transfusion indication, blood product preparation, infectious transfusion reactions, other ATRs, and refused transfusion and hence excluded. Twelve cases were classified as cases of ABOi transfusion; however, three of these did not contain definite ABO typing information. Finally, nine cases of ABOi transfusion (cases 1 to 9) were included in this study (Fig. 1). There were seven cases from criminal trials (cases 2–7, and 9) and two from civil trials (cases 1 and 8). The defendants were doctors in seven cases (cases 1, 2, 4, and 6–9), nurses in six cases (cases 2–5, 7, and 9), and a medical laboratory technologist in one case (case 6). There were one testing error (ABO typing using a sample from another patient in the same laboratory, case 6), one sampling error (ABO typing using another patient’s sample, case 8) and administration error (transfusions given to unintended patients caused by misidentification between blood bags and patients, case 1–5, 6, and 9). ABOi RBCs and ABOi FFP were transfused in five and two cases, respectively. In the other two cases, ABOi blood was transfused, but the product type was unknown. The average age of the cases was 50.4 years (the age in one case was not described in the judgment), and there were seven male and two female cases. 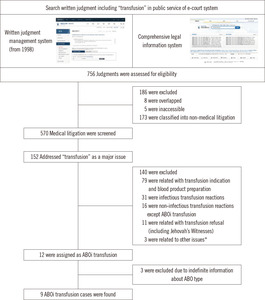 Figure 1. Flowchart of the inclusion of data from written judgments.
*In one case, the patient expired because the needle of transfusion set was removed and the blood was not infused. In two cases, there were incorrectly recorded transfusion time in the medical record.
Abbreviation: ABOi, ABO-incompatible.

Figure 2. Prevalence of ABOi transfusion events according to the (A) type of blood product and (B) type of error.
Abbreviations: ABOi, ABO-incompatible, FFP, fresh frozen plasma; RBC, red blood cells.

The KOHEVIS is a well-established system, and the numbers of participating hospitals and archived cases have increased from 99 and 458, respectively, in 2009 to 231 and 3,504 in 2019, respectively [3]. The increased number of reports is probably due to an increase in the awareness of erroneous reporting [17]. However, we found unreported ABOi transfusion cases after the launch of the KOHEVIS. For example, case 8, which occurred in 2012 and was reported in 2018 by Kim, . [12], was not identified in the 2012 KOHEVIS annual report. In addition, three ABOi transfusion cases, not described in this report, were confirmed through internet news searches. In the first case, type A and AB blood donor cards were changed, and platelets derived from whole blood were transfused to a man with blood type A (approximately 70 mL) and a man with blood type AB (approximately 40 mL) [18]. In the second case, type A platelets were transfused to a 54-year-old woman with blood type B. In the third case, type B transfusion products were administered to a 37-year-old woman with blood type O [19]. Such underreporting of ATRs can be due to a lack of awareness and education among healthcare professionals [15]. Therefore, it is important to provide regular education and well-designed ATR-reporting forms [14].

This study had several limitations. First, we used data available in the e-court system and KOHEVIS. Written judgments dated before 1997 were limited to those of the Supreme Court, and there were no hemovigilance data prior to the establishment of KOHEVIS in 2008. Second, the data were difficult to analyze, because there was insufficient information on the blood type, product type, infusion volume, and outcomes in each case.

In conclusion, we comprehensively analyzed the status of ABOi transfusions in Korea by searching various sources and found eight ABOi transfusion cases in written judgments that were not previously reported to KOHEVIS or in the literature. Our results would contribute to the understanding of the real ABOi transfusion incidence in Korea and the research to promote safe transfusion in the future.

The authors declare no conflicts of interest.

This research was funded by the Soonchunhyang University Research Fund.